Explaining COP26: Why it matters for Filipinos 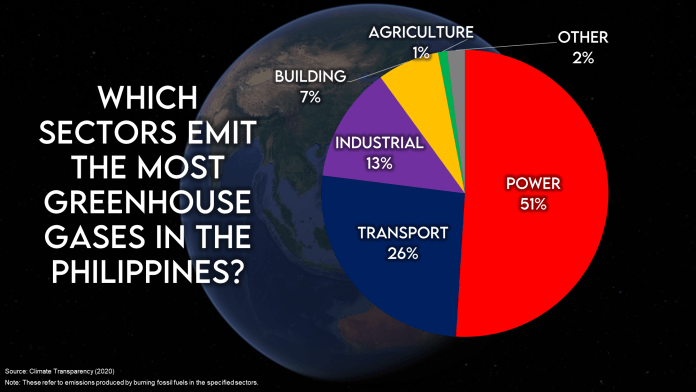 While the world continues to recover from the COVID-19 pandemic, world leaders and advocates are preparing for a high-stakes meeting at COP26 to address the climate crisis.

At the current warming of around 1 degree Celsius, the world has been hit by numerous extreme weather events that dealt losses and damages. As a result, a stronger set of commitments for reducing greenhouse gas emissions by 2030 are expected to be achieved at what is considered as the most critical meeting since Paris in 2015.

Why should you care?

The Philippines is one of the most vulnerable countries to the climate crisis. Last year, the country was ravaged by five storms in a span of three weeks, including super typhoons Rolly and Ulysses that destroyed a combined PHP50 billion worth of properties. Many communities are also prone to the effects of droughts, sea level rise, loss of biodiversity and ecosystems, among others.

And these impacts could still get worse. A global science report finds that 1.5 degrees Celsius of global warming would be reached on or before 2040, unless drastic pollution cuts are implemented. This level of heating is considered as a ‘tipping point’, when exceeding it causes climate change impacts from food and water insecurity to loss of livelihoods to be difficult to reverse.

Governments worldwide will convene in Glasgow, United Kingdom in November for two weeks of negotiations on solving the climate crisis. The UN summit was delayed from last year due to the COVID-19 pandemic, from which countries must recover while implementing climate solutions.

A major focus of COP26 is finalizing the rules for implementing the Paris Agreement. Adopted in 2015, the global treaty aims to limit global warming to “well below 2°C above pre-industrial levels”, enhance capacities for adaptation, and create financial flows for low-carbon development.

This year’s negotiations aim for nations to increase their commitments for reducing carbon emissions. Current global pledges are projected to result in a 3-degree warmer world, far from the goals of the Paris Agreement and avoiding crossing the tipping point.

Other key topics to be covered at COP26 include adaptation for communities and ecosystems, mobilizing finance such as the USD100 billion per-year pledged by developed countries, and strengthening collaborations among governments, businesses, and civil societies.

What does it mean for the Philippines?

In its Nationally Determined Contributions submitted last April, the Philippines committed to 75 percent emissions cuts within the current decade. However, almost all of this target is ‘conditional’, meaning that foreign financial and technological support is required for their implementation.

This is part of the country’s pursuit of climate justice at the global level, a position it has championed in decades of negotiations. It seeks to secure aid from developed countries, who emitted the most greenhouse gas emissions that caused global warming. This would be used to address other critical issues such as enhancing adaptation, averting loss and damage for vulnerable communities, and COVID-19 recovery.

The Philippines’s talks with other countries and international funding agencies are guided by its goals of sustainable industrial development, poverty eradication and inclusive growth, energy security, and social and climate justice.

What does this mean in the faith context?

Addressing the climate crisis has emerged as a key issue within the Roman Catholic Church. This is most evident in Pope Francis’s second encyclical Laudato Si’, which was released the same year as the adoption of the Paris Agreement and the Sustainable Development Goals.

In a meeting with scientists and religious leaders on October 4, Pope Francis said that COP26 “represents an urgent summons to provide effective responses to the unprecedented ecological crisis and the crisis of values that we are presently experiencing, and in this way to offer concrete hope to future generations.” He is expected to attend the Glasgow summit as well.

In the Philippines, national and local organizations have also expressed the urgency for climate action. In August, the Catholic Bishops Conference of the Philippines expressed support for a global petition urging world leaders, including those attending COP26, to “acknowledge the need for ambitious, integrated, and transformative action that responds to both the cry of the Earth and the cry of the poor.”

John Leo is a COP26 Virtual Fellow of Climate Tracker, the world’s leading youth-led climate journalism network. He is also the Deputy Executive Director for Programs and Campaigns of Living Laudato Si’ Philippines.

Gov’t to file charges against recruitment agencies over killing of OFW...

Skull of St. Thomas Aquinas unveiled at 700th anniversary of his...