The superpowers of Choc Nut

The unsaturated fat in peanuts gives one energy, which can help a person remain alert and ward off fatigue and sleepiness 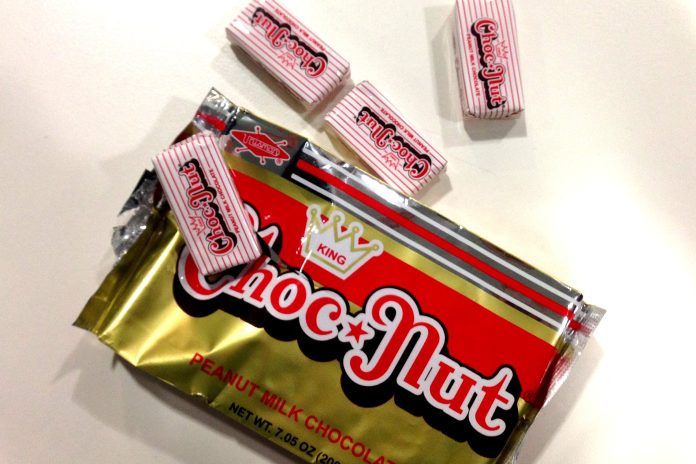 To be or nut to be, Choc Nut is the answer.

We enjoy every bite with Choc Nut’s unique and rich taste of ground peanuts, milk powder, cocoa, and sugar.

Do not underestimate the superpowers of peanuts. When it comes to keeping your mind sharp, peanuts may hold the key.

Choc Nut was my power food as I was traversing the path of legal education.

Law students immerse in books and cases, face terror professors, pore through volumes and pages of SCRAs, line up for photocopying at the law library, hurry through classes, review and cram through lessons, and survive recitations.

My law school years were indeed difficult moments, but the best and memorable time spent with those who shared the experience.

Patience is a virtue in studying at the law library, but the daily supply of Pacencia biscuits and Choc Nut made the ordeal sustainable for me and my classmates.

Peanuts contain a wealth of benefits for the brain.

Resveratrol, a bioactive found in peanuts, is believed to cause improved cognitive abilities and short-term memory, increase verbal fluency (the ability to connect and retrieve words), and enhance processing speed (the ability to take in and respond to new information).

A challenge in reading cases is staying awake. The unsaturated fat in peanuts gives one energy, which can help a person remain alert and ward off fatigue and sleepiness.

Polyphenols penetrate the area of the brain involved in learning and memory, increase blood flow to the brain, which improves cognition, and has the potential to enhance mood, which may also help to reduce depression.

I preferred Choc Nut basically for economic reasons. It was within my budget, unlike the imported chocolates by Hershey’s and Cadbury.

During the 2017 oath-taking of the trustees and officers of the Maritime Law Association of the Philippines before Vice President Leni Robredo, I became curious of the presence of Choc Nut in the meeting room.

I was then told that it was also the vice president’s favorite.

Her seatmate while she was a congresswoman was from Cavite, where the Choc Nut factory is located. She was given a yearlong supply of Choc Nut.

To adhere to the theme of simplicity, Choc Nut was also served as one of the snacks during the vice president’s inauguration in 2016 along with buchi (rice balls), sotanghon, pandesal, maja blanca, and pichi-pichi.

The iconic delicacy was likewise featured in the Netflix anime “Trese” series.

The large nearly palm-sized Choc Nut is a bribe, or a gift, from the show’s main character, Alexandra Trese, to a sewer-dwelling creature named Nuno.

In Filipino culture, the “nuno sa punso” is a dwarf-like nature spirit who lives in an anthill or termite mound. He is a goblin easily angered and will do harm to those who damage or disturb his mound, and will seek retribution.

Nunos may also inhabit places, such as underneath large rocks, trees, riverbanks, caves, or a backyard.

Instead of living in a mound, Nuno in “Trese” is more urban. He lives in the sewers, often appearing from under a manhole cover to talk to Alexandra.

“Tabi-tabi po” is a polite way of saying “excuse me” or “pardon me,” which is uttered as a form of respect to supernatural beings like the “nuno” when entering an unfamiliar place.

If one wants to get a favor or doesn’t want an earth elemental to bother him, he or she must give the entity something sweet.

“Trese” bribed Nuno with the chocolate-peanut candy to acquire information related to her case. “Trese” investigates the occult cases in Metro Manila.

The Filipino mythical creatures live hidden among the human population where they either adapt or cause chaos.

In this era of fake news and historical revisionism, perhaps Choc Nut is the answer.

Sri Lanka’s Tamils struggle even in honoring their missing, dead on Memorial Day

When will Filipinos listen to the cries around them?