Already but not yet

If we can get rid of the triumphalism and our tendency to project on God our own delusions of grandeur, only then can we meaningfully proclaim Christ as our King 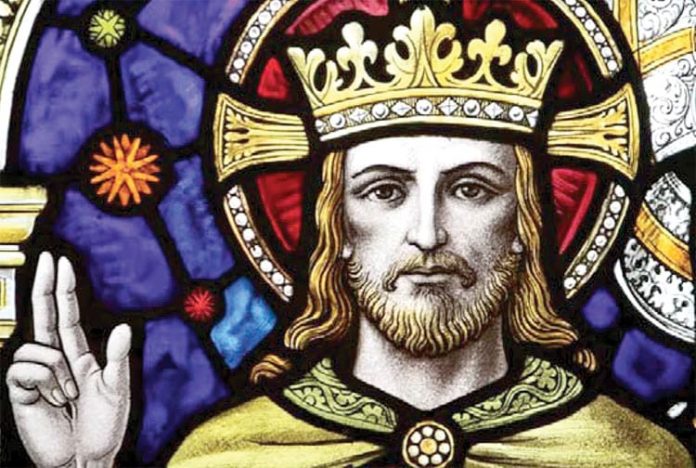 This feast is relatively new; it is not even a hundred years old yet. It was begun by Pope Pius XI in 1922, was revised in 1969 by Pope Paul VI, that great theologian and reformer of the Church.

Pope Paul VI moved it to the 34th Sunday and turned this feast into a proper transition to the Season of Advent, which is another misunderstood season. It is not meant to just commemorate the first coming of Christ at Christmas but to anticipate the second coming of Christ and the fulfillment of the Reign of God at the end of time.

I think Pope Paul VI wanted to remove all the triumphalism that tends to go with the proclamation of Christ as King. Why? Because we might end up insulting instead of honoring Jesus, our Lord and Redeemer.

Where does the idea of Christ the King come from? Well, it originates from a Christian reading of a Jewish writing. If you are a Bible-reader, I suggest that you take time to reflect on Chapter 7 of the Book of Daniel. It is an apocalyptic vision of a coming end-time. It is there that we get the portrayal of God as an old man with white hair (a-la Gandalf), sitting on a heavenly throne to pronounce judgment. You will find out in this Book where John got all his inspiration in his Book of Revelation.

Daniel 7 is a prophetic vision of a coming “end of the world,” when EVIL will be defeated once and for all. There, evil is represented by the four monsters—described as earthly kingdoms behaving like beasts. He is simply telling us that this is what Satan wants to make of us; he wants us to behave like him, to become his image and likeness instead of God’s image and likeness. How does he achieve that? By getting us to behave like like well-dressed animals, by making us follow our animal instinct, which is survival of the fittest—like animals that tear each other apart when they are fed with power on a silver platter.

The prophet envisions the coming of a new humanity—as God has designed us to be. One that behaves not like monstrous beasts but like dignified children of God. And so, in the vision, the four monsters are destroyed. What emerges is the new humanity, the one called: “One like a Son of Man,” which, by the way, was the only title Jesus used to refer to himself and his community of disciples.

In the vision, after evil (represented by the beasts) is destroyed, the new humanity (represented by the Son of Man) is received by the old man with white hair and is given “dominion, splendor, and kingship; all nations, peoples and tongues will serve him. His dominion is an everlasting dominion that shall not pass away, his kingship, one that shall not be destroyed.” (Dan 7:14).

This vision is not about the PRESENT; it is about our FUTURE. If you want an excellent artistic visualization of this apocalyptic vision, I suggest that you visit the famous Church of Betis in my hometown in Guagua, Pampanga. You enter the Church through the main door, and, as soon as you get to the nave, look up at the ceiling and you will see it all there, painted beautifully.

The old man with white hair is not there; he is a few meters away, on the ceiling above the sanctuary where the “retablo” is. Move further to the ceiling of the cupola and you will see the painting of the final heavenly battle and the defeat of the beasts. Then go back to the painting on the ceiling of the nave and you will understand how Christianity is interpreting Daniel 7: that Christ is the Son of Man who is being presented before the old man with white hair, he is surrounded by people of different nations and colors from all over the world.

I used to think that this was the last judgment where God, the great King, acting as judge would separate good people from bad people. Not so. I did not realize until later that it is different; it is about Humanity defeating the Beastly in us, which is represented by Satan.

This is a statement about OUR FUTURE, already at work in OUR PRESENT times. It is what we call the ALREADY BUT NOT YET. It is already made present in this world by Jesus in his community of disciples. Remember, his mission is TO MAKE GOD’S KINGDOM COME by teaching us TO HALLOW GOD’S NAME and to LET GOD’S WILL BE DONE, so that we can start living life ON EARTH AS IT IS IN HEAVEN, meaning, as if heaven has begun. Jesus has inaugurated it 2,000 years ago; but it is not yet fulfilled! It is a WORK IN PROGRESS; Satan wants to abort it.

How? By deceiving us. By confusing us. By instilling in us all the triumphalism, the delusion of grandeur, the desire to build an empire for Christendom. And so, in the past (perhaps even up to the present) some ecclesiastical authorities, including popes and cardinals and bishops have built cathedrals looking like palaces, and seated themselves on chairs looking like thrones, wearing miters looking like crowns, trying desperately to mimic worldly kings. They think that is how we should honor Christ the king; they end up dishonoring him instead.

Remember when Pope Francis became pope and refused to wear the trappings of worldly kingship? Remember that golden and gilded throne on which the pope was supposed to sit? It used to be mounted on a platform and carried by Swiss guards. The old Pope John XXIII was the first one to refuse to be seated on it because he pitied those who had to carry all his weight! Pope Francis has gotten rid of it once and for all, by putting it in the Vatican museum. (It is now part of heritage; albeit a shameful part of it.) He chose instead to sit on a normal chair to make a statement, to remove all the triumphalism. He even chose to live at Casa Santa Marta instead of the “Papal Palace” (which has been turned into an office.)

He wants us instead to remember, “CHRIST THE KING” was the false accusation against Jesus when he was executed on the cross. They wrote it on a piece of board and nailed it above his head. They proclaimed him king to make fun of him. And it is what we might end up doing if we forget what the kingdom of God is about.

Jesus said, “My kingdom is not of this world.” But he consistently proclaimed God’s kingdom even if he had to suffer for it. His whole life and mission was about making this kingdom already present in the here and now. He proclaimed a totally different kind of KINGDOM. One that turns things upside down. Instead of sitting on a throne to be served, he wears an apron like a servant, carries a basin and washes the feet of his disciples.

Christ’s kingship is the exact opposite of the ways of the rulers of this world who lord it over their subjects, those who think they are great by oppressing the poor, by exploiting the weak, by trampling on the dignity of their fellow human beings, by flaunting their wealth and power. They don’t realize that by doing so, they proclaim the kingship of Satan; they behave like beasts, not like human beings. (Talagang madali ang maging tao, ngunit mahirap magpakatao.)

How de we work for the real kingship of Christ? Jesus has said it clearly in the Gospels: by loving God wholeheartedly and loving neighbor as oneself. By being agents of mercy and justice in this world. By caring for the weak, by being compassionate to the disadvantaged. He identifies, not with the power wielders, but with the hungry, the homeless, the sick, the captives, and says, WHAT YOU DO FOR THEM, YOU DO FOR ME.

In the final judgment, God will judge, not humans but the evil one who controls some humans. But he will do so to save whatever is left of their humanity. Only love will save humanity; the love that is willing and ready to suffer and die for the beloved.

If we can get rid of the triumphalism and our tendency to project on God our own delusions of grandeur, if we can comfort those who grieve, satisfy those who are hungry and thirsty; if we can be merciful and pure of heart, if we work for peace and are ready for persecution, then and only then can we meaningfully proclaim Christ as our King!

Listening with the ear of the heart

On the service of teachers

American priest, who was once accused of child abuse, dies in...