The statement of Jesus has become timeless: every government is worth supporting, only to the extent that it serves the common good 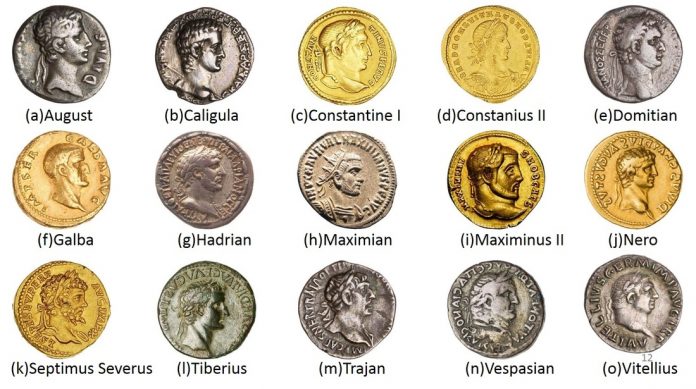 You don’t need supernatural powers to be able to read minds. This was the point of my homily last Friday. Today’s Gospel is a good illustration of this point.

In fact, you’ve got to be so naive as to be taken for a ride by the team of Pharisees and Herodians that is sent to “entrap Jesus in speech.” They are so ridiculously obvious, they are practically insulting Jesus’ intelligence and sense of discernment.

In Tagalog, we would say, “Huwag mo nga akong bolahin diyan!” It’s a funny expression that is not easy to translate into English. Like, “Don’t dribble my head like a ball”? Of course what we actually mean is, “Don’t treat me like an idiot; I wasn’t born yesterday.” In English, the better idiom is “Oh, come on, don’t pull my leg.”

Matthew tells us they had prefaced their question to Jesus with a series of flattering remarks. Listen to what they say, “Teacher, we know that you are a truthful man. You teach the way of God in accordance with the truth. You are not concerned with anyone’s opinion, for you do not regard a person’s status.” Wow, four lines of ego-massage!

They probably didn’t know that by then, Jesus was already an expert in wrestling with Satan, who, by the way, is fond of flattery.

Jesus was aware of how deeply divided the Jewish society had become over the colonial politics of the Romans. It was their own leaders who had allowed the Israelite nation to be reduced to a province of the Roman empire.

On the one hand, there were those among them who agreed that there was no use resisting the gradual political advances of the Romans. They had been persuaded by their own leaders into believing that subservience to the Roman empire was the best path to progress and development.

Rome, at that time, was the epitome of an advanced civilization. They were known for their wealth and military prowess, for their astuteness in trade and commerce. They were good at building roads and bridges and aqueducts, hippodromes and coliseums. They provided good education and culture.

On the other hand, there were those among them who held on to their staunch nationalism, and who regarded support for the Roman government as treason, as capitulation, or as a surrender of their freedom and sovereignty as a nation. Now, where would Jesus position himself? How would he answer their question?

Jesus answers the question with another question. But first, he asks for a Roman coin and then he poses his own question to them, “Whose IMAGE do you see on this coin?” He was aware of how these coins were taken as an insult to their faith. How the pagan emperors deified themselves or posed as gods by having their faces imprinted on coins. In fact there was even one Selecucid Emperor who, aside from putting his face on the coin also had his title printed under his name: “Antiochus, THEOS EPIPHANES” (Antiochus, God Manifest).

The Maccabean revolutionaries had been so angered by these coins, they tampered them by imprinting a palm branch over the emperor’s face. The rebels raised the palm branch to make the statement, “We have no God but Yahweh! Meaning, no to foreign rule!”

But take note of the clever way Jesus answered the question on the issue of taxation. He said, “Give to Caesar what is to Caesar, and to God what is to God.” The second half was clear to the Jews. They took it for granted that absolute allegiance belonged to no one but God—who had brought everything into existence.

But what is it that could be attributed to the Roman Government? The coins themselves, as medium of exchange. Jesus is insinuating that the mere fact that they were using these coins as currency meant they recognized the authority of the one who produced them, along with the infrastructure, the roads, bridges and public facilities.

In short, if you recognize that it is the emperor or the Roman government that made these things possible, then render to him what you think you owe him. But you don’t owe him your life, so you don’t worship him as god; you have only one God and he has no other IMAGE except you. You don’t allow any government to trample on that image, the source of your dignity.

This passage has been commonly, and I must add—erroneously—used as Biblical basis for the Constitutional doctrine of SEPARATION OF CHURCH AND STATE. This modern principle actually applies more to the State: namely, that it is the State’s duty to protect freedom of religion. It was definitely not yet in the mind of the author.

But the statement of Jesus has become timeless: every government is worth supporting, only to the extent that it serves the common good. Its authority is limited; you should never give it the right to trample on your dignity as human beings. God’s true image is imprinted, not on coins, but on your souls.

The Spirit of Peace