The above video from ABC shows how journalist Vicky Xu made the move from burgeoning Chinese state propagandist to caustic critic of the communist regime.

From “dutiful child of China” to intrepid investigative journalist, Xu has made it her mission to expose the sins of her homeland.

“If something happens to me you know I’ve been murdered,” Xu jokes, though the danger she faces is no laughing matter.

Having brought to light China’s mass incarceration of Uyghurs, whose forced labor has benefited top Western brands, death and sexual violence threats are part of the “barrage of daily hatred” she faces.

Disconnected from her family, friends, and country, Xu is willing to risk it all in her dogged pursuit of the truth. 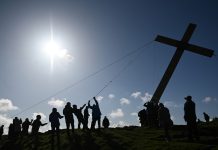 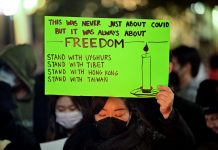