Attacks against environmental defenders continue to rise in 2019 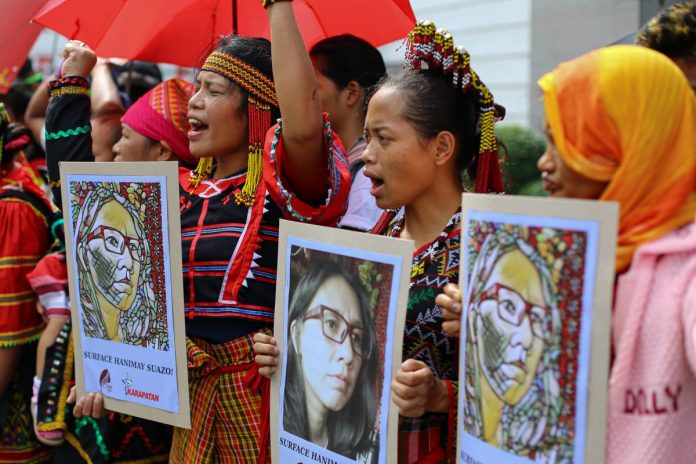 A Catholic priest in the Philippine province of Laguna has for months been taking security precautions after he learned that there were people tailing him.

The priest discovered one morning, while on his way back to his convent from a meeting with members of the clergy in the province, that a white vehicle was following him.

The incident was repeated several times.

Earlier, a community leader, who is close to the priest, received a message. “Silence that priest because if you won’t make him stop, we will,” it read.

Father Warren Puno heads the Ecology ministry of the Diocese of Lucena, north of Manila, and is not a stranger to death threats.

In 2015, he organized a demonstration against coal-fired power plants and coal mining projects. He said those behind the projects might have been behind the threats.

“There are people who are not happy with what we are doing. They will do everything to stop us in this crusade for the protection of the environment,” he said.

A pro-environment group Father Puno leads has been causing delays to the implementation of a 1200-megawatt coal-fired power plant in the town of Atimonan.

Threats and attacks on environmental activists are not unusual in the Philippines.

In the province of Masbate, Marilou Verano was forced to seek sanctuary after receiving death threats. She was also charged with two counts of libel after she spoke with journalists against a mining company.

Verano claimed that the company took a piece of land, which her cooperative had been cultivating, and turned it into a mines tailings pond.

“All our plants were destroyed,” she said, adding that community efforts to promote sustainable agriculture have been disregarded by the company.

“They want to silence those who oppose the project,” said Verano, claiming that the mining company has been trying to harass and intimidate her.

The aggressive expansion of extractive industries and commercial agriculture businesses in recent years are blamed for the growing incidents of attacks on environmental defenders.

A Global Witness report released in October revealed that 1,738 environmental defenders in 50 countries have been killed from 2002 to 2018.

A year-end report of the Kalikasan People’s Network for the Environment noted that murders of Filipino environmental defenders “are on the rise once again.”

The group recorded a total of 46 cases of one or more environmental defenders killed this year compared to the 30 killings the previous year.

Those who were killed were 29 agricultural workers and farmers, 10 government officials, nine tribal people, six forest rangers, one lawyer, and a church worker.

The report said that worsening land conflicts driven by agribusiness and other land grabs comprise 70 percent of the causes of recorded killings.

Forest rangers on the frontline

A significant trend in 2019 was the rise of attacks against government forest rangers and other local government officials.

On Sept. 5, Bienvenido Veguilla Jr. was hacked to death by illegal loggers after he confiscated a chainsaw in the forest region of Palawan province.

Veguilla, a 44-year-old government forest ranger, was the 13th ranger murdered in the country’s last ecological frontier since 2001.

Dulce said at least 23 forest rangers and civil society para-enforcers have been killed across the country during the same period.

To respond to the threats, Kalikasan led the formation of an Environmental Defenders Congress to strengthen “community care” for people who work for the care of the environment.

“We want to consolidate the efforts of the different sectors to protect land rights and environmental activists,” said Dulce.

The social action arm of the Catholic Church has also established what is called an “eco-convergence” for church and civil society organizations.

It aims to “institutionalize” the campaign against environmental destruction and is a response to the call of the Church to bring out concrete ecological actions “on the care for Our Common Home.”

“The initiative encourages us to organize and mobilize our communities to protect the people who are on the front lines of our mission,” said the priest.

The battle against destructive industries “is a long, rough, and dangerous journey” that environmental defenders have to endure.

“We need to take risks, or else, there will be no reason to stay alive at all because ‘Our Common Home’ will soon become uninhabitable,” said Father Puno.

Should the Church require a year of marriage prep? Catholic formators weigh in