Keep your hands off our SSS, GSIS money 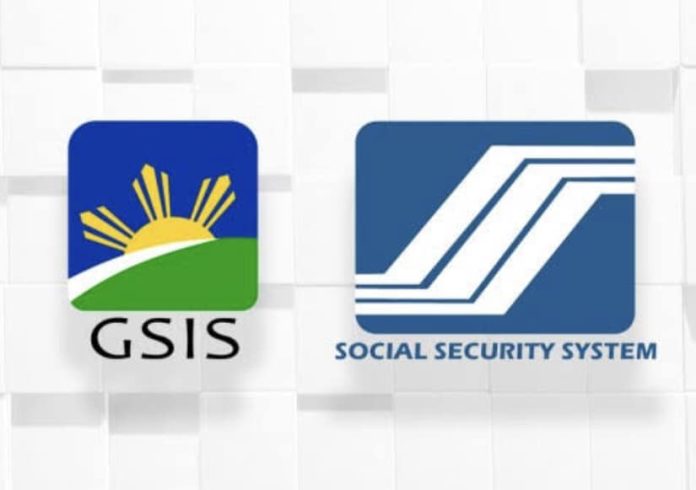 ​There they go again — treating our SSS and GSIS pension money as theirs. Admin appointees are plunking our contributions into a “Maharlika sovereign wealth fund.” The Congress supermajority is steamrollering its passage.

​Copied from wealthy, disciplined states, the Maharlika Investment Fund will supposedly secure future generations of Filipinos. Our SSS and GSIS money purportedly will be invested in A1 portfolios. So will deposits in Land Bank and Development Bank of the Philippines. But the way they’re rushing things and with our history of kleptocracy, it can only end in disaster.

​The wording is flowery, if vague. Initially amounting to 250 billion pesos, the MIF will be placed “on a strategic and commercial basis in a manner designed to promote fiscal stability for economic development, and strengthen the top-performing GFIs [government financial institutions] through additional investment platforms that will help attain the national government’s priority plans.”

SSS and GSIS were mislabeled as GFIs, as if they’re government-owned. Wrong. They’re our private mutual provident funds owned by us members and merely administered by government for us.

​The MIF will impose on SSS and GSIS a duplicate set of appointees, without consulting us.

What we SSS and GSIS contributors want is genuine representation. For accountability, members elect the officers of California Public Employees’ Retirement System, the world’s richest and stablest. In SSS and GSIS, Malacañang puts in cronies. Thieving presidents and spouses have bankrupted our pension funds. Despite actuarial longevity computations, the funds’ lifespans were shortened. We have had to increase contributions.

SSS and GSIS appointees are mandated to invest the funds in solid domestic and foreign assets. Many times, however, they have only bailed out losing crony companies at Malacañang’s behest. In 1999 they buoyed up faltering shares of a presidential mahjong-mate.

Malacañang will also appoint the MIF trustees and managers. Corruption will multiply. Woe to us 40.49 million SSS and 2.53 million GSIS members.

The House Committee on Banks and Financial Intermediaries chairman Irwin Tieng will present it to the plenary this week. Ways and Means committee chairman Joey Salceda interposed no objection to the MIF’s tax-free status.

Speaker Romualdez likens his MIF to Singapore and Indonesia’s investment authorities. Both have been well-managed so far. Norway’s sovereign wealth fund is worth over a trillion dollars, the world’s biggest. Main source of the wealth is publicly-run and owned Statoil.

The Philippines has puny petroleum assets. Graft raps mark the sale of its natural gas operation, Malampaya, to the biggest campaign contributor of President Rody Duterte.

What the Philippines has lots of is debt. Public sector borrowings of 6 trillion pesos from 1975 to 2016 more than doubled to 13 trillion pesos in 2017 to 2022. Most loans supposedly went to infrastructure and COVID-19 vaccines. Yet only 12 of 119 of Duterte’s “Build, Build, Build” projects were completed. And 63 million of 110 million Filipinos were fully vaccinated for COVID-19. The World Bank is to investigate Philippine borrowings for overpriced, inefficacious Chinese inoculants.

Sovereign wealth funds are prone to sleaze. At least US$145 billion vanished from Venezuela’s Fonden. Prime Minister Najib Razak is in prison for embezzling US$4.5 billion from Malaysia’s 1MDB.

Admin economic managers endorse Maharlika. Finance Secretary Ben Diokno intends to put in 25 billion pesos in state royalties from mining and telecom frequencies. He suggests funneling dollar remittances of overseas workers and call centers. Rules of the Bangko Sentral of which he was former head disallow that.

The 7.6% Philippine economic growth in July-October excites Speaker Romualdez about MIF. He says it should be operational within six months of enactment. The Philippines came from double-digit recession however, the worst since World War II. International experts counsel belt-tightening in the next year or two.

Jarius Bondoc is an award-winning Filipino journalist and author based in Manila. He writes opinion pieces for The Philippine Star and Pilipino Star Ngayon and hosts a radio program on DWIZ 882 every Saturday. Catch Sapol radio show, Saturdays, 8 to 10 a.m., DWIZ (882-AM).