At least 579 executions were carried out across 18 countries in 2021 -- a 20 percent increase on 2020, according to the rights monitor's annual study 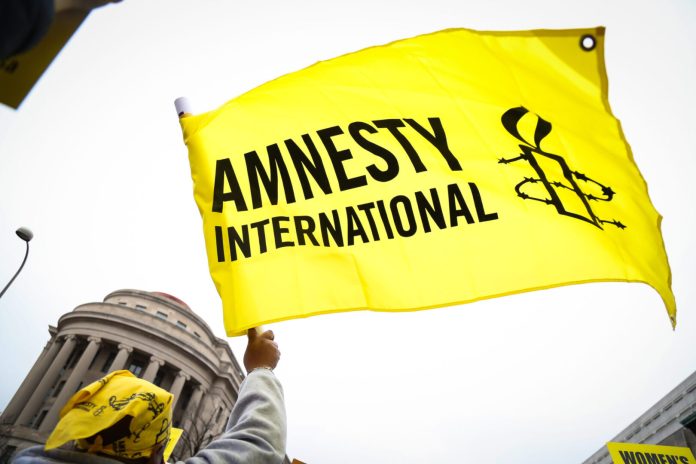 The easing of pandemic restrictions coincided with a “worrying rise” in global executions in 2021, Amnesty International said Tuesday, with Iran recording its highest number of state-sanctioned killings since 2017.

At least 579 executions were carried out across 18 countries in 2021 — a 20 percent increase on 2020, according to the rights monitor’s annual study.

Iran accounted for most of the rise as it recorded its highest total in four years, executing at least 314 people, up from 246 in 2020.

Amnesty put the increase down to drug-related executions, which it called “a flagrant violation of international law”, which only allows the death penalty for crimes involving intentional killing.

Saudi Arabia also saw a spike, more than doubling its number of executions since 2020, while around 90 people were known to have been sentenced to death under martial law in Myanmar.

“2021 saw a worrying rise in executions and death sentences as some of the world’s most prolific executioners returned to business as usual and courts were unshackled from Covid-19 restrictions,” Amnesty said in its review.

Judges handed down at least 2,052 death sentences in 56 countries, with big spikes seen in Bangladesh, India, Democratic Republic of the Congo, Egypt and Pakistan, said Amnesty.

“Instead of building on the opportunities presented by hiatuses in 2020, a minority of states demonstrated a troubling enthusiasm to choose the death penalty over effective solutions to crime, showing a callous disregard for the right to life,” said Amnesty boss Agnes Callamard.

Despite the annual rise, the total number of recorded executions in 2021 was still the second-lowest figure recorded since 2010.

The global totals do not include those sentenced to death and executed in China, which Amnesty believes to be in the thousands, North Korea and Vietnam.

“China, North Korea and Vietnam continued to shroud their use of the death penalty behind layers of secrecy, but, as ever, the little we saw is cause for great alarm,” said Callamard.

Amnesty singled out Myanmar as a cause for concern, where the authority to try civilian cases has been moved to military tribunals, without the right to appeal.

On the positive side, the rights group highlighted Sierra Leone’s law abolishing the death penalty for all crimes, although it is yet to come into effect.

Kazakhstan also abolished capital punishment while Malaysia announced that it would table legislative reforms on the death penalty later in the year.

Virginia became the first southern US state to abolish the death penalty, while the new federal administration established a temporary moratorium on federal executions in July.

As a result, the United States saw its lowest number of executions since 1988.

“The minority of countries that still retain the death penalty are on notice: a world without state-sanctioned killing is not only imaginable, it is within reach and we will continue to fight for it,” said Callamard.

“It is high time the ultimate cruel, inhuman and degrading punishment is consigned to the history books,” she added.