The above video from the South China Morning Post shows how a group of mothers in suburban Manila are patrolling the streets of their neighborhood to stop drug war murders.

The suburb of Pateros has seen dozens of deaths since Philippine President Rodrigo Duterte kicked off his “war on drugs” in 2016.

Looking to put an end to the bloodshed in their community, 18 intrepid mothers have banded together to patrol the streets and alleys of their neighborhood at night.

And in a country that has seen thousands of deaths since the harsh crackdown began, the group offers a small glimmer of hope, claiming not one death has been recorded on their watch. 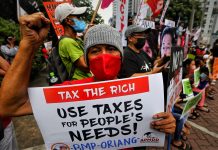 Activists from across Asia call for debt cancellation amidst health, economic crises 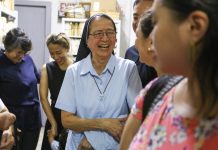 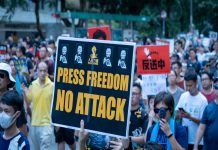 Activists from across Asia call for debt cancellation amidst health, economic...