They leave their homes in the prime of their lives to become men of the cloth, to respond to the call of service, and to grow as pastors.

They face many challenges as they abandon everything — relationships, wealth that they might have been born into, and even families — to follow Jesus.

But when time comes, where do priests retire? Where do they spend the rest of their lives? What do they feel?

In the central Philippines is a retirement house for old and sick priests called Domus Dei, or House of God.

There, retired Bishop Vicente Navarra of Bacolod, four bedridden priests, and three others who are sick, live.

“We call this [center] jokingly, the ‘pre-departure’ area,” said Bishop Navarra. “You can’t avoid that, eventually, you have to face death,” he said.

“It is here that you can find that kind of atmosphere where everything is kind of near, that you prepare yourself,” he said. “I have to accept the fact that, canonically, I’m not fit anymore for service.”

He said that aside from the struggle to accept what is unavoidable, retiring priests have to fight the “temptation to feel wanted, to feel important, to be recognized.”

“There are times that temptations really come, but again, because we are founded in prayer life, thank God, I can overcome it,” said Bishop Navarra.

Being “alone and lonely” is what many young priests fear as they grow older. Even the bishop himself gets lonely, he admitted.

But he said he doesn’t let it consume him. He said a strong spiritual foundation helps a lot.

His advice to younger priests, especially when dealing with loneliness: “Recourse to prayer.”

He said it is important to be aware of one’s person because a priest these days is always “exposed to the world” of sensualism, sex, and “worldly ideas.”

“You can only be aware of this if you are a person of prayer,” he said.

“I advise [young priests] to dedicate some time of your day for your faith, just say silent prayer,” said the bishop, adding that it is only when one is anchored to God “that we overcome temptations of loneliness and despair.”

The center was built in honor of St. John Vianney, patron saint of parish priests. It is a respond of the faithful to the call not to forsake their pastors.

“His story tells us that touching the lives of other people doesn’t always have to come in grand gestures,” said Father Ritchell Tabanyag, who takes charge of the retirement home.

Domus Dei used to stand in the center of busy Bacolod City in the central Philippines.

Through the kindness of one family, the retirement center was transferred to a five-hectare land in Silay, 20 minutes from Bacolod, giving the priests a rest from the noise of the city.

Funding for the needs of the priests come from donations from people the clergy served during the prime of their lives.

For the care of the sick, the center spends about US$1,000 a month. In cases that call for hospital runs and operations, the cost runs up to about US $8,000 per sick priest.

“This was established because of the generosity of the people who really love their priests,” said Father Tabanyag.

The priest shared how his older confreres used to care for the “People of God” through the years, especially during the dark years of the dictatorship in the 1970s.

Among the many stories he had heard were of members of the clergy standing up for their flock against persecutions.

He said that when parishes were attacked and the faithful were accused of siding with the rebels, priests went to villages and stood with the people.

Their lives were a testimony that despite the challenges, they didn’t back down.

The priest said the difficulties that the priests faced “touched the lives of others” and made it possible to support Domus Dei. 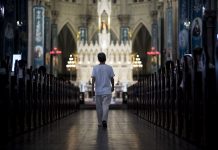 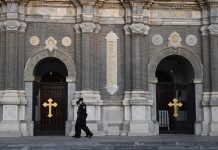 Analysis: Is the Vatican’s deal with China at stake?