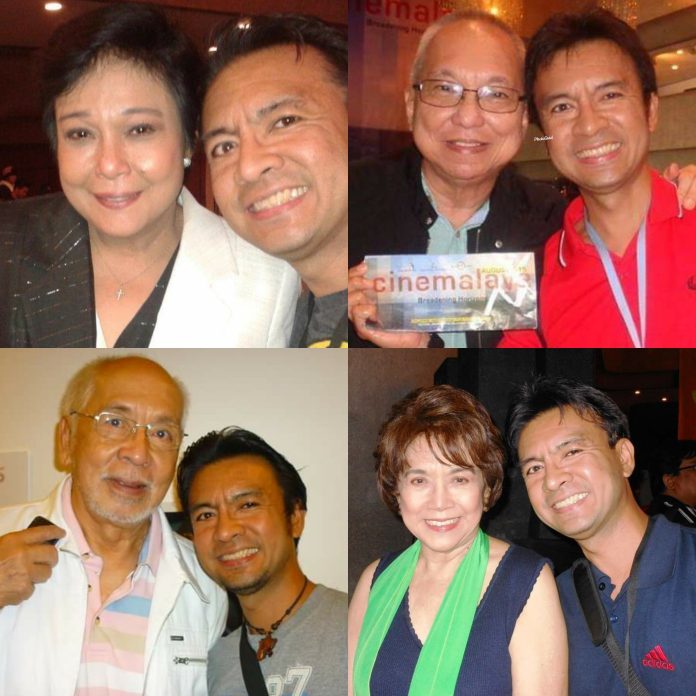 These are famous lines popularized by Nora Aunor in the iconic film “Himala,” which was written by award-winning playwright Ricky Lee.

“Himala” is widely considered one of the greatest Filipino films of all time.

Aunor garnered worldwide popularity and is best known for her performance in the film as the purported seer and healer Elsa.

Aunor and Lee are the latest addition to the roster of National Artists after the presidential palace announced last week the eight awardees for 2022.

Aunor and Lee are both awardees for Film and Broadcast Arts along with Marilou Diaz-Abaya.

Other awardees include Fides Cuyugan-Asensio for music, Tony Mabesa for theater, Gemino Abad for Literature, Agnes Locsin for Dance, and Salvacion Lim-Higgins for Design (Fashion).

The Order of National Artist, established under Proclamation No. 1001 signed in 1972, is the highest national recognition conferred upon Filipinos who have made distinct contributions to the development of the Philippine arts and culture.

Out of the eight recent awardees, I was able to have personal interactions with four of them during the Cinemalaya Film Festival screenings: Aunor, Lee, Cuyugan-Asensio, and Mabesa

Cinemalaya was established to help develop and support the production of cinematic works of Filipino independent filmmakers that boldly articulate and freely interpret the Filipino experience with fresh insight and artistic integrity.

In 2014, former president Benigno Aquino III dropped Aunor from the list of honorees, citing issues linking her to illegal drug possession in Los Angeles in 2007. She was shortlisted anew for the title in 2018, but, yet again, didn’t make the final cut.

Months later, Aunor won the Best Actress award in the 2014 Cinemalaya for her role in the movie “Hustisya,” which was megged by award-winning director Joel Lamangan and written by Lee.

Lee is one of the familiar faces during Cinemalaya events, particularly due to his involvement in intensive scriptwriting workshops.

Starting in 1973, he has written more than 180 film screenplays, which earned him more than 70 trophies from various award-giving bodies.

As a screenwriter, he has worked with many Filipino film directors, most notably Lino Brocka, Marilou Diaz-Abaya, and Ishmael Bernal. Many of his films have been screened in the international film festival circuit.

With her smile, Fides Cuyugan-Asensio fondly refreshed my memory that she was part of “Oro, Plata, Mata,” a 1982 multi-awarded Filipino film directed by Peque Gallaga.

“Na-rape ako doon.” A performance well done for a film she made four decades ago, I again saw her in two Cinemalaya films, “Niño” and “Aparisyon.”

In “Nino,” she sings opera songs for her bedridden comatose brother Tony Mabesa. She even organized a “jamming” session of their theater friends as they serenade Mabesa. “Gigising si Gaspar! Gigising si Gaspar!” Thus the dreamish words of the classical music legend.

During my college days at UP Diliman, I was able to watch several plays that starred either Cuyugan-Asensio or Mabesa.

Over the course of his career, Mabesa directed and produced over 170 productions. He also founded the theater groups Dulaang UP in 1976 and the UP Playwright’s Theater in 1980.

I was able to watch Mabesa’s last film, “Rainbow Sunset,” the story of an 84-year-old retired senator who temporarily leaves his wife of six decades to take care of his gay best friend/lover who is dying of cancer.

Out of the eight new awardees, five are from UP: Abad, Cuyugan-Asencio, Lee, Locsin, and Mabesa.

Abad is former director of the UP Institute of Creative Writing. He also taught English, comparative literature, and creative writing.

Locsin, who is also part of the UP faculty and known for developing the “neo-ethnic” Filipino dance choreography, which is done by “blending indigenous themes with Western classical and modern techniques.”

The UP Naming Mahal Overture was played as a tribute to the five awardees from UP during the recent open air concert by the UP Symphony Orchestra on the 124th Independence Day celebration.

Book launched to celebrate 500 years of arrival of Christianity in...