Pope Francis: Bring the love of Jesus’ Sacred Heart ‘to the ends of the earth’

“Open yourselves to this love and take it ‘to the ends of the earth,’ witnessing to the goodness and mercy that flow from the Heart of Jesus” 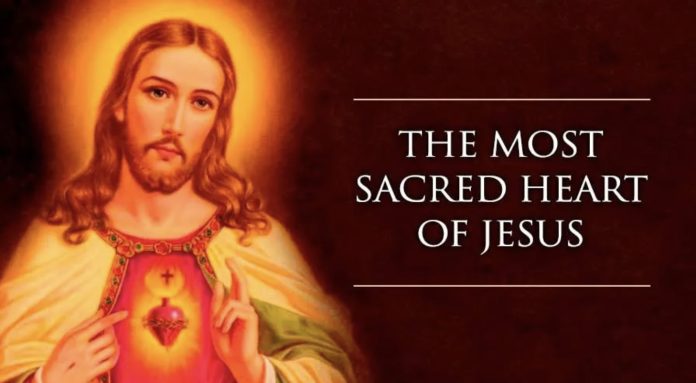 On the first day of June, Pope Francis urged Catholics to look to the Sacred Heart of Jesus as a source of love and to bring Christ’s love “to the ends of the earth.”

“Today we begin the month dedicated to the Sacred Heart of Jesus, source of love and peace,” the pope said on June 1.

“Open yourselves to this love and take it ‘to the ends of the earth,’ witnessing to the goodness and mercy that flow from the Heart of Jesus.”

Speaking in St. Peter’s Square at the end of his Wednesday general audience, the pope said that this message was especially aimed at young people, particularly those who will meet next weekend in Lednica, west-central Poland.

Tens of thousands of Catholic young people gather near Lake Lednica each year in June to pray and worship God together. The youth festival dates back to 1997 and has drawn up to 180,000 participants in past years.

The entire month of June in the Catholic Church is traditionally dedicated to the Sacred Heart of Jesus.

The feast of the Sacred Heart of Jesus falls on the Friday after the second Sunday after Pentecost in the Church’s calendar.

Many Catholics prepare for this feast by beginning a novena to the Sacred Heart on the feast of Corpus Christi, the week prior.

Devotion to Christ’s Sacred Heart became popularized when St. Margaret Mary Alacoque (1647-1690), a Visitation nun, had a personal revelation involving a series of visions of Christ as she prayed before the Blessed Sacrament.

During her visions, St. Margaret Mary learned ways to venerate the Sacred Heart of Christ.

These devotions include the concept of a holy hour on Thursdays, the creation of the feast of the Sacred Heart after Corpus Christi, and the reception of the Eucharist on the first Friday of every month.

Alacoque wrote: “He disclosed to me the marvels of his Love and the inexplicable secrets of his Sacred Heart.”