The Diocesan Shrine of San Andres in Masinloc town was elevated during Mass presided over by Bishop Bartolome Santos Jr. on November 30 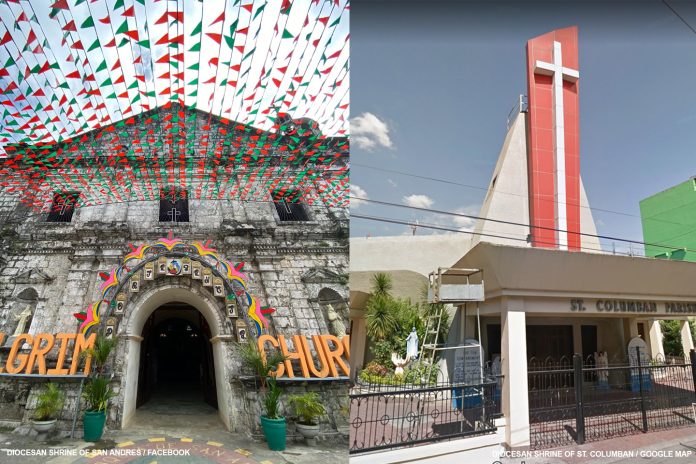 The Catholic Diocese of Iba in Zambales province has officially elevated two of its parish churches to diocesan shrines.

The latest was the Diocesan Shrine of San Andres in Masinloc town. It was elevated during Mass presided over by Bishop Bartolome Santos Jr. on Tuesday, November 30.

In his reflection for the feast of St. Andrew, Bishop Santos reminded the faithful that like the apostle, “the faithful here in this shrine of Masinloc are called to evangelize.”

According to the shrine’s decree, the parish is the oldest in the province founded by the Augustinian Recollects in 1607.

It also served as a headquarters for the missionaries in the province during the Spanish colonial era.

In 2001, the church was declared a “National Cultural Treasure” by the National Museum of the Philippines.

In his homily for the feast of St. Columban, Bishop Santos noted that the declaration of the Olongapo shrines is “a sign of the heritage of evangelization that was brought to Zambales by the Columban missionaries.”

The St. Columban Parish was founded in 1963 by the Missionaries of St. Columban, who arrived in the Philippines in 1929.

The Columbans were in Zambales from 1951 to 2000 and had pastoral administration of much of the parishes in the province, particularly in Olongapo and its nearby towns.

The missionaries were also responsible for the erection of Catholic schools in the province.

In October 2019, the former Carmelite Monastery of the Holy Spirit in Subic town was also declared as the St. Therese of the Child Jesus Diocesan Shrine, the diocese’s first diocesan shrine.

The Diocese of Iba will celebrate its 40th anniversary of its canonical erection in 2022.