Father Mathew Vattamattam, CMF, is from Kalathoor, in the Indian State Kerala 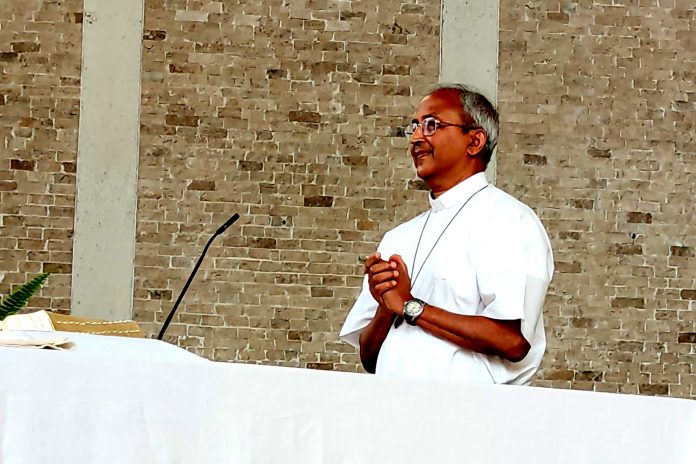 An Indian priest has been re-elected as superior general of the Congregation of Missionaries, Sons of the Immaculate Heart of the Blessed Virgin Mary, popularly known as the Claretians.

Father Mathew Vattamattam, CMF, who is from Kalathoor, in the Indian State Kerala, was re-elected as the 13th superior general of the congregation during its general chapter in Rome on August 30.

The Claretians are a community of Roman Catholic priests and brothers, founded in 1849 by Saint Anthony Mary Claret. They are active as missionaries worldwide, in more than 65 countries on five continents.

From 1987 to 1988, he was nominated as vocation animator and assistant to the formator in the minor seminary of Belgaum.

From 1988 to 1989, he was assigned as assistant in St. Mary Parish of Champakulam, Kerala.

From 1989 to 1994, he studied in Rome, obtaining a Degree in Systematic Theology and in Psychology at the Gregorian University.

In 1994-1996, he was nominated director of Claret Nivas, the Retreat House in Bangalore, and assistant to the novice master.

At the XXIII General Chapter in Rome in 2003, he was elected as general consulter and prefect of formation and re-elected in 2009 at the XXIV General Chapter.

In the XXV General Chapter he was elected 13th Superior General, a position he has now been elected for six more years.

When will Filipinos listen to the cries around them?