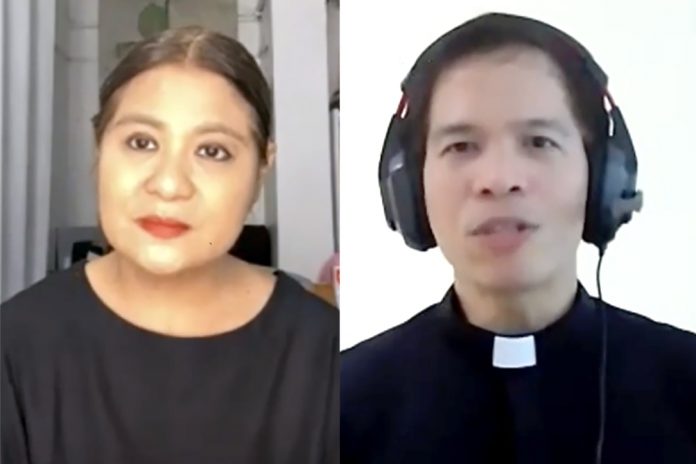 The announcement was made during the third and final series of the virtual awarding ceremony on Thursday, April 15.

Pangilinan, a comedienne, is known for her vlogs about her family, particularly her 16-year-old son Quentin.

The actress, a single mom, said the tough times during the pandemic drew her closer to God. “I hope we continue to pray for each other,” she said.

“May I be able to continue to inspire, affect and infect people that at the end of the day, there’s God who loves us more than we love ourselves,” she said.

A parish priest at the quasi-parish of Our Lady of La Salette in Muzon village in San Jose del Monte town, Father Roura maintains a Youtube channel for his vlogs, reflections, and archives of his homilies.

“This award is an added inspiration for me to continue what I’m doing,” said the priest.

“I will take care of this trust that you’ve given me. I will not just accept you, I will hold on to it for the rest of my life,” he said.

The winners of this year’s Catholic Social Media Awards are:

The Awards was established in 2015 by YouthPinoy, a group of young people who come from different Catholic organizations, and Areopagus Communications, Inc.

Now on its fifth year, the Awards seek to honor Catholic communicators and encourage social communication ministries “to innovate, participate and integrate for a greater online purpose, presence and mission.”

Both YouthPinoy and Areopagus are under the auspices of the Media Office of the Catholic Bishops’ Conference of the Philippines.

The Awards usually follows the Catholic Social Media Summit usually held in November, but the pandemic has forced the organizers to reschedule the event.