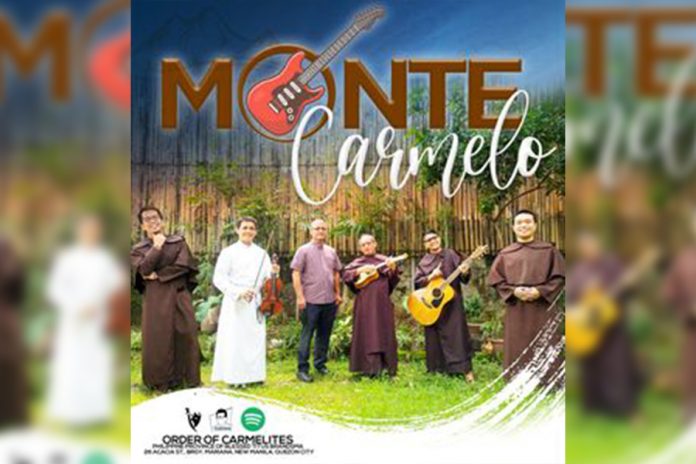 The Order of the Brothers of the Blessed Virgin Mary of Mount Carmel, also known as the Carmelites, in the Philippines has launched an album of songs on Spotify.

The album titled “Guidepost,” which carries 10 inspirational and religious songs, was made available on the music streaming app this month.

Father Rico Ponce, prior provincial of the Carmelites in the country, said the songs were made available on Spotify for the public to access it for free “anytime and anywhere they want.”

The album was officially launched last month on the feast of St. Teresa of Avila, patroness of the Carmelites in Manila.

Father Ponce said the songs aim to make the devotion to the Our Lady of Mount Carmel known to people, especially the youth.

He said the songs were “reflections and discernment” on how members of the congregation live their life as Christians and as “fellow co-journeyer on this earth.”

Some of the songs were written during the quarantine period and “underscored the role of faith” in battling challenges and enduring suffering.

Father Ponce with Father Aris Escobal and Brother David Capcio wrote the songs and the music in the album.

He said music has “a special part in the hearts of the Carmelites,” adding that many of the first Carmelites became famous in the music industry.

Some of the known composers and theoreticians of music in the 15th century were Carmelites John Hothby and John Bonadies.

“With our songs, we hope to continue the legacy of sharing our gifts and charism through music,” said Father Ponce.

© Copyright LiCAS.news. All rights reserved. Republication of this article without express permission from LiCAS.news is strictly prohibited. For republication rights, please contact us at: your[email protected]