Carrying on the mission of Jesus 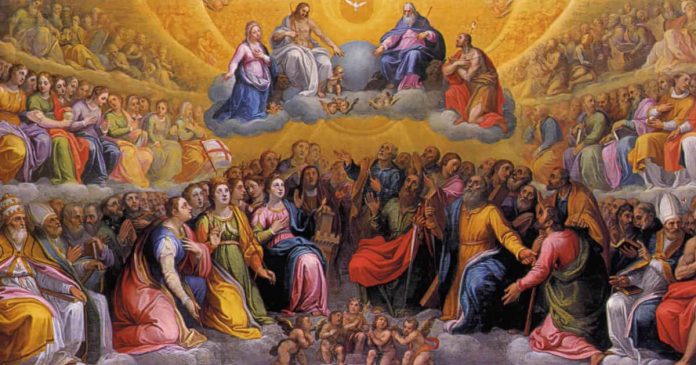 As Christians, we revere and honor the Christ who was persecuted and was crucified for struggling and fighting against religious hypocrisy and oppression in his time.

It was an unsettling historical period during which the marginalized were trapped in the disturbing religious belief that their unfortunate human condition is an eternal spiritual bondage brought about by divine wrath and hatred.  This faulty theological thinking resulted in a social order split between two castes:  those whom “God loves” which the rich and powerful have identified with themselves; and those whom “God despises” which they have always compellingly asserted to be the poor and the weak.

It was an age of unbearable inequalities, when one can find in religion the most convenient political excuse to preserve unjust hegemonies through the erroneous imagining of a “God who blesses the behaved and curses the misbehaved”.  Is it not downright cruel to think that “I can justify my complete lordship over you” by simply making “you believe that God doesn’t love you anymore!”?

But, have we ever changed since then?

Our Lord filled with deep humility and compassion, vigorously preached against this thinking, and gave witness to the coming of the reign of the true Spirit, a transformed social order devoid of the inequalities as well as the hypocrisy and oppression that causes it.  It is a “kingdom” in which fraternal charity and service will quash the injustices caused by an inordinate love for power, possession and prestige.  He prophesied the advent of a divine utopia of selflessness, in which no one will be in dire need, and no one will be left behind.  He advocated for and lived upon the value of simply being responsible for one another, thus hoping to recreate society from one so mired and obsessed with profits and subjugation.

However, this is what we must also understand about Jesus’ mission – that the “kingdom” can be accomplished only through the same selflessness it is professing to uphold.  Not through the force of swords or guns, but through the love flowing from patient sacrifices, the same love that moved him to shed his blood on the cross.  The cross is the indelible symbol he gave us of the price of selflessness we must all pay for an authentic “heaven on earth”.

In his own humanity, Jesus showed us how selflessness triumphs, by bringing to us the reality of the God who cares for all, and the fallacy of “a God who discriminates”.  He taught us how God wishes to support us in our labors, and how he wants to rejoice in our triumphs.  He demonstrated to us that in spite of his power, God is the only spirit committed to stay with us in our journey.  He is the only spirit who in his love, remains with us in our mistakes.  In the most vivid way, Jesus proved that God is prepared to die for us, that all of us may live.

The many anonymous saints we celebrate on this first day of November, who like Jesus courageously and tenaciously displayed the selflessness of God, continue to give us the hope that the Father’s kingdom will indeed come, that we must be prepared for this dawning of a consummated social justice and peace.  Let us be forewarned that God would never have it any other way, and that he will always be on the side of those determined to make it happen.

Brother Jess Matias is a professed brother of the Secular Franciscan Order. He serves as minister of the St. Pio of Pietrelcina Fraternity at St. Francis of Assisi Parish in Mandaluyong City, coordinator of the Padre Pio Prayer Groups of the Capuchins in the Philippines and prison counselor and catechist for the Bureau of Jail Management and Penology.

Analysis: Is the Vatican’s deal with China at stake?