The above video from Bitter Winter shows the destruction of a seven-story pagoda at Qinliang Temple in the northern Chinese province of Hebei.

With a police cordon keeping locals at bay and mobile service reportedly blocked in the area, authorities in Zhangjiakou city oversaw the demolition of a popular seven-story pagoda at Qingliang Temple in October 2019. That same day, the temple was destroyed as well.

Authorities claimed the structures had been “built without approval.” A local Buddhist told Bitter Winter the original temple complex, dating from the reign of Wanli Emperor (1563-1620), the 14th emperor of the Ming Dynasty, had previously been demolished.

The recently destroyed temple and pagoda had been rebuilt in 2014 with donations from locals. The reconstruction, however, was reportedly approved by country, town and village governments, as well as the the local China Buddhist Association.

The destruction of the pagoda and temple is viewed as yet another attempt by the Chinese government to stomp out any religious expression not directly under the government’s control. 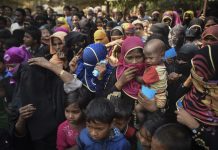 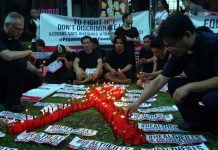 Person living with HIV/AIDS embraces faith, love, respect for self to survive 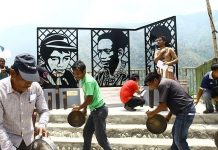