This April, watch out for this uplifting movie that shows how the power of faith changed the course of history, not only of the Church but of the secular world.

Three young children witnessed a miracle and received a message of peace that changed the world forever.

Fatima tells the story of 10-year-old shepherd girl Lucia dos Santos and her two cousins, Francisco and Jacinta Marto, from Aljustrel, a small hamlet near Fatima, Portugal. See the film’s trailer above.

Their revelations inspired the faithful but angered officials of both the Church and the government, who tried to force the children to recant their story.

The Shrine of Our Lady of the Rosary of Fátima in Portugal endorsed the movie, saying “it shows why it is still possible for humanity to believe in divine intervention, even in our contemporary world.”

“[It] leads us to reflect that 100 years later, the light of God that the Virgin Mary shined upon Francisco, Jacinta, and Lucia still lights the way for those who commit to a life of faith in the Gospel.”

It is directed by Marco Pontecorvo and written by Pontecorvo & Valerio D’Annunzio and Barbara Nicolosi. 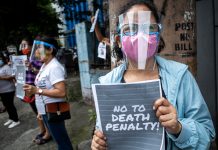 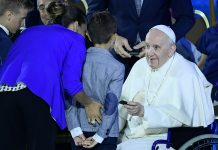 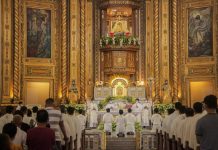